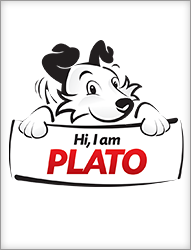 Meet Plato! He is the mascot and spokesdog of Weight Waggers. He is named after Plato, the ancient Greek philosopher, who preached movement to maintain health.

The philosophy of the two Platos is: “Lack of activity destroys the good condition of every human being, while movement and methodical physical exercise save it and preserve it.”
He loves moving, playing, sniffing about and meeting new friends all the time! He can’t wait to meet you too! 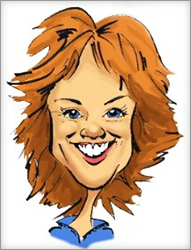 Weight Waggers was founded by Dr. Theresa Nesbitt. She is a physician who now delivers advice instead of babies. She focuses on movement, nutrition and other practices to promote lifelong wellness. She trained and worked for years in Obstetrics but no longer has an active medical practice. Dr. Theresa loves animals (including humans!). Her dog, Seanchai, is a Glen of Imaal Terrier from Ireland.

You can read more about Dr. Theresa’s tips and publications on health and fitness by visiting her main website: www.DrTheresa.com.

Kiel Nesbitt is our social media and video coordinator for Weight Waggers. A graduate of Lake Forest College and Columbia College, he uses his music and video training to enhance our YouTube content.

Kiel says: “Dogs have always had a place in my heart. Our family has had at least one dog since the day I was born. I will never forget one day after school when I was in first grade and my parents came to pick me up with a cute puppy in the front seat. This was Bonnie. On this warm day in early autumn, it felt like Christmas.

Years later, on a chilly night in February, my father and I were watching The Westminster Kennel Club Dog Show on TV. A beautiful Golden Retriever showed up at our door. It was love at first sight. We gave her some water and she never left. This could not have been random chance. Some karmic destiny took her to OUR house instead of one of our neighbors. Later, there was Sweet Calamity Jane. Her death left me forever heartbroken. I enjoy sharing this love of dogs with fellow Weight Waggers.” 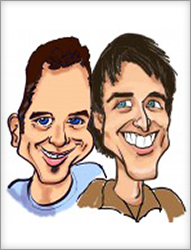 Theatre directors, Scott Ferguson & George Keating, are the creative force behind our mascot Plato and the Weight Waggers philosophy.

Scott Ferguson and George Keating have been making magic together since they met in 1990.

In 1991, they formed Theatrebam Chicago, and, in 1993, they created the wildly successful stage show based on an educational cartoon series, Schoolhouse Rock Live! Theatrebam Chicago still tours Schoolhouse Rock Live! throughout the country, along with its two other original educational musicals, Parker in the Park and The Main Street Kids’ Club: A MathStart Musical. SRL! and The MSKC: MathStart Musical are both available for licensing through Music Theatre International.

Scott Ferguson received his Bachelor of Science in Theatre from Northwestern University. He  is a Founding Collective Member of Bailiwick Chicago, an artistic associate of About Face Theatre and is a successful freelance stage director, writer and acting teacher throughout the USA. His adorable chihuahuas, Frida and Diego, help provide the presence behind Plato Four-Legs.

George Keating received his Bachelor of Fine Arts in Acting from The Theatre School at DePaul University and he is a successful freelance actor (member Actors’ Equity Association), writer and acting teacher.

George and his beloved dog have performed professionally together, most notably as the Scarecrow and Toto. Being  found abandoned on the brutal winter streets of Chicago, Harvey set George on a path to unite humans through our canine relationships.